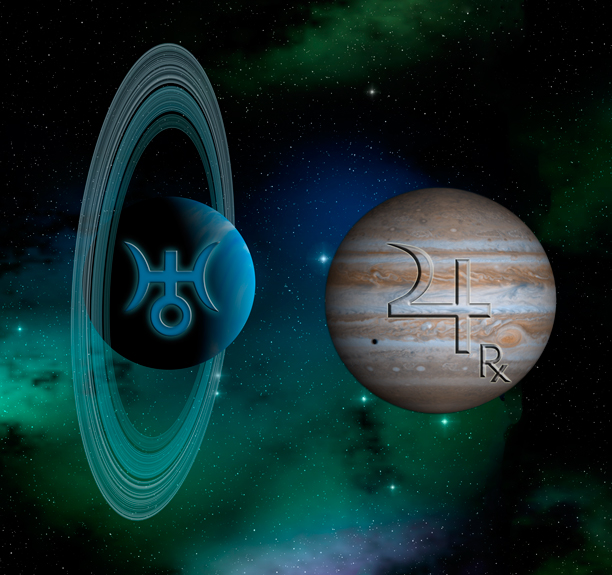 You must care for One Another.

When you Love one another...

You will be Free.

I wrote of this aspect, which is part of the Grand Cardinal Square that is exact in April, in my General Forecast for 2014:

This aspect is the second of three in the series and will reappear in its final alignment to form the Grand Cardinal Cross in April. I wrote about this first in August and I will write at length about the final one in April. The message of this aspect concerns your need to find the integral path that combines Jupiter and Uranus, so that each will mutually inform one another: that Jupiter in Cancer reminds you to hold and keep to your Truths that are founded upon by the deepest roots of your life, while you equally hearken to song of Uranus in Aries, which calls for you to break out of old and outworn thought-forms, to free your Mind and Spirit once more.

Here is some of what I wrote about the Jupiter/Uranus/Pluto aspect in the 2013 General Forecast:

Jupiter rules the Principles, Truths and Beliefs that give and form the meanings of your life journey, that form the steady guide for your self-unfoldment and purposeful growth. Jupiter is offering this spiritual message from the heart, from the source, from the roots of your life. For as you struggle to find your way between Uranus and Pluto, between Freedom and Order, between self-assertion and self-sacrifice, you will need this cooling, calming and refreshing reminder of what you stand upon, from whence you have come and what holds you true to one another.

Jupiter in Cancer serves to restore and renew your feelings of security that originate in your most intimate and profound experience that you are connected or part of something greater than just yourself. As you grow and develop, in life after life, you will find your own true center by being and belonging with one another. It will usually begin in your affections and bonds experienced in your immediate family group, and it will slowly and increasingly extend itself in any life, (and over many lifetimes, in life after life), into your ever-unfolding expansion of consciousness and spiritual connectedness.

This sense of belonging, of rootedness and security, expands from your immediate family outward to your village, and then perhaps it may move out further to a local area of several communities. Then it continues to grow outward even further in your belonging to some grouping perhaps grounded in your identity with an ethnic group, and then perhaps into some greater grouping of many ethnicities. Eventually you find an even larger sense of identity and meaning within an ever more complex culture and society, until you finally experience your profound familiarity with all who journey in the family known as "human".

This fundamental spiritual truth of connectedness will finally blossom forth, as you reach the "promised land", the profound spiritual epiphany of understanding that all life is one, all beings are one with one another, that everything in this cosmos is a spark of the one Great Spirit in whom we live and love and find our true being.

As Jupiter forms its Square and Opposition, it will bring to bear these influences upon the dynamic struggle of Uranus and Pluto. The challenge for every person and for all groupings of people will be to hold to the highest levels of inspiration that Jupiter can provide here, reminding one and all of their common bonds and interests, eliciting a desire for greater inclusiveness and generating greater considerations for the well-being of one another. If they can do this, then the struggles of Uranus with Pluto can be modulated and even mitigated by finding that deeper center where all can join together, founded upon these shared feelings of belonging.

With Jupiter's influence the fervent drive for freedom by Uranus can be soothed, with a gentle reminder that as much as you must assert and be freer yourself you must equally acknowledge your need to care for one another too. The Plutonian drive to create, maintain and extend your own sacred space must be equally balanced by the consideration you show for the sacred space of one and all.

But there is also the very real possibility of individuals and groups reacting in a more parochial way to this challenge, and out of fear-formed echoes of their past be steered by the emotional ties of Jupiter in Cancer to react in more exclusive or defensive ways. They will act more narrowly, and identify with whom they belong, whether family, tribe or culture by building walls not bridges and so create an even greater gulf between "us versus them". Then this opportunity for growth and self-transcendence could be lost in those ego-driven fears that have echoed throughout other historical periods faced with similar demands for self-transformation.

The challenge will be laid down, either to rise up to a higher understanding and conduct with one another, to make some mutual sacrifice and unite...or to face the divide within and between us by refusing to join in a greater whole, to give into fear and so increase those separations from one another. And this fear-based failing would most certainly quicken the descent to a more difficult destiny for one and all. The choice will be there, and each must decide.

Here is what I wrote about the Jupiter/Pluto Square in August 2013:

The Lord Uranus is the vehicle of your Individuation, of the Self-Unfoldment of You, of what is called in the Ancient Teachings your "Swabhava". This is the principle that Drives the Story that is Creation, for there resides a spark of the Divine at the core of every particle of Creation, (for Space is not empty but is truly a Fullness, Full-Filled by an unfolding, developing Consciousness behind all Energies/Forms). Yet each such Energy/Form is also a Distinct, Unique instance of Spirit. That propelling the growth or unfoldment of each Spark of the Divine, residing in every Instance of Creation, is a Divine sparkling Consciousness, an Individuality, that is wondrously revealing itself to itself and so for the One...For this is what Creation is, a self-unfolding, self-becoming host of Individuals, the many who form and are of the One.

Yet here too without the Gift of the Spirit, without the Balance that is Bliss, without Integral Development whereby each Avatar contributes to the whole and so be of and for the One, the realization of this Individuality could become skewed from or depart from the wholeness of which and from which it shall and should obtain its most essential directionality.

So, here the Lord Jupiter comes into this Alignment, offering to Uranus' insistently Individuating Song a Centering, Integrating and Loving reminder of Origin, of the Roots of Creation...That every being is a one or individual, yes this is True. But every being is also a one of the ones of the ONE. So the self-unfoldment of any and all Energy/Forms, which begin as unself-conscious sparks of the Divine to rise and unfold into fully Self-Conscious and Awakened Humans (and much more beyond), that this Principle of Individuation is equally and lovingly guided and informed by this Intuiting/Knowing/Feeling, this Truth of Being:

That you are all related.

That you are all of One Family, and

You are here to Love and Care for one another.

As you Become, as you Awaken...

And Return, Singing your Songs...

One with the One.

(Name and email address are required. Email address will not be displayed with the comment.)