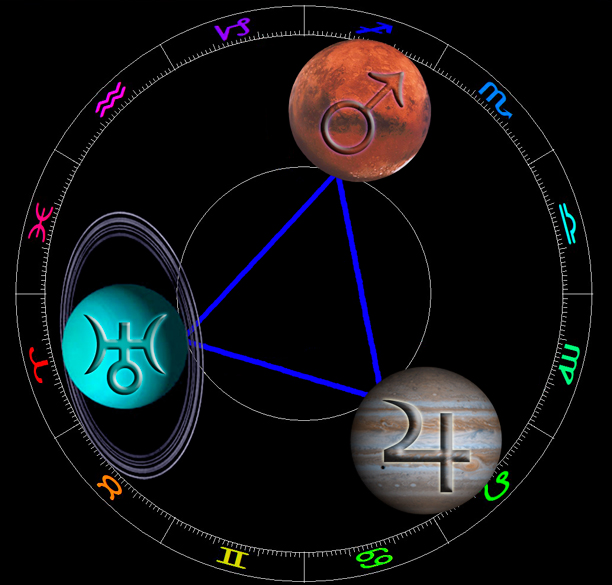 Here is one of the signature moments of the year. This is what I wrote about this particular alignment of Jupiter with Uranus in my 2014 Forecast:

The Avatar of Truth meets the Lord of Individuality. This is the major element that forms one side of the Grand Trine in early October (the other two sides being Mars Trine Jupiter and Mars Trine Uranus). This is the focal element of this beautiful formation and illustrates one of the prevailing qualities that drive or creates your truly unlimited potential for growth.

Your Individuality or process of Self-Becoming (Uranus) is the real source of Growth or Expansion (Jupiter). You are always unfolding your potential, your Seed of Spirit contains this germ of Individuation as does every speck of Creation, for it is from this need of the One to manifest and become the many that the whole Universe has come into being in all its wondrous and diverse Beauty...and you are a most essential part of this specialness that underlies and gives meaning to this Cosmos.

But this Trine of Jupiter and Uranus is made more precious by the integral understanding that is formed by the Grand Fire Trine which will climax between October 4-8. Here is what I wrote about that in the General Forecast for 2014:

Truly a gift of the spirit, this beautiful pattern formed by these three will provide a greater measure of hope and inspiration for your world. I will write more extensively about this pattern in September and October, but for now I will summarize it in this overview:

Though forming up over the period of about three weeks, you will probably feel the foreshadowing of this beauty when Mars enters into the Fire Element when he moves into Sagittarius on September 13. Then you most certainly will feel the fuller effects when Jupiter and Uranus reach their exact trine alignment on September 25, which is followed about a week later as Mars joins the pattern exactly as he aligns first with Uranus and then with Jupiter between October 4 and October 8.

The Fire Element concerns the Energies of Inspiration, Idealism and Vision. When planets are found in one of each of the three Fire Signs, and equally spaced from one another, they then form a most beautiful pattern that mirrors or reflects the beauty and balance found by this resonance of energy formed by this particular element, in this case a Grand Triangle of Fire.

From their interplay and integration with one another, their Fiery Message will be articulated in this manner:

From Uranus in Aries, you will receive a renewal of Inspiration so that you may forge a Freer Presence that will help you to move through your world with Grace and Adeptness. From Jupiter in Leo, you will receive a benevolent gift of renewed Idealism so that you may lead from the Truth that lies at the core of you, and so find and release your Courage in Authentic Performances. And from Mars in Sagittarius, you will be filled by a most vital gift of focused Intention, your Desires being transmuted into ever Greater Aspirations, as right Thinking and Right Action combine to keep you upon the Noble Path of Wisdom.

These three in combination bring to you a triple Gift of Spirit so that you and your companions may find that Bridge of Light between the Old and the New, between Left and Right, between Fear and Delusion...and find a way to the Greater Truth that there is more that we hold dear and in common than separates us from one another.

We need this reminder now more than ever, we need to recall that the guiding principle of our Intentions and Actions will come to be guided by what binds one to one, and all to the One and that is Love.

Today you enter this Sacred Space of Fire, held most supremely by these two Avatars of your Journey in Spirit, Uranus and Jupiter.

Uranus, holds forth as one of the three principles of the Divine in Motion for you, (Uranus/Your Free Mind, Neptune/Your Unconditional Love and Pluto/Your Centered Will). Uranus will always by virtuosity and intelligent brilliance sing to you of your Individuality and Uniqueness in the Song that is Spirit. Uranus is bringing his message of Authenticity to you now from the first Sign of Aries, from the Realm of your Character, which is how you meet the world around you by your bearing, your demeanor and your attitude.

Uranus represents your ever-unfolding potential to lift your mind into ever more sublime realms of Lucid and Free Thinking, beyond the boundaries of any one system or belief structures, drawing you closer and closer to the Ageless Teachings and Way of Wisdom. As you do this, your attitude and approach to yourself and your world becomes ever more refined and appropriate, so that you are able to bring to bear from within yourself exactly what the needs of the moment require from you. You become more fully aware, awake and ready to be neither overwhelming or underwhelming…you are able to form your “presence” so that it is just right, so that you contribute the right measure of you to each situation you encounter.

Jupiter, is the Avatar of your Beliefs, Principles and Truths, of what you hold as your guiding Lights of Awareness. These sparkling Jewels of Spirit, that you hold in your Mind and Heart, elicit your “motivations", guide your “Intentions” and keep you upon the noble path of your journey of becoming.

Jupiter is holding forth from the Realm of Leo at this time. You seek through Leo the path of Honor and Respect, of being True to yourself by and with the love you feel for yourself. But this is only half of Truth, for the other half of this must be equally lived out as well: you must respect and honor the Understanding and Truths of those with whom you journey too. You can only live by and earn respect by showing respect to one another, as you can only fulfill your love of you by loving equally the one who is before you too.

The Fire Trine of Uranus and Jupiter is here to remind, affirm and guide you upon the noble path of Right Intention/Right Conduct.

That you can only be Loving and True to yourself…

When you Respect and Honor one another too.

And Live in the Truth that is Unconditional Love.

(Name and email address are required. Email address will not be displayed with the comment.) 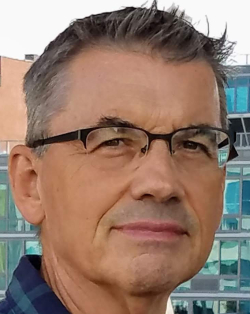